Click here to edit the Social Media Links settings. This text will not be visible on the front end.

Study: How does real estate compare to other investments? 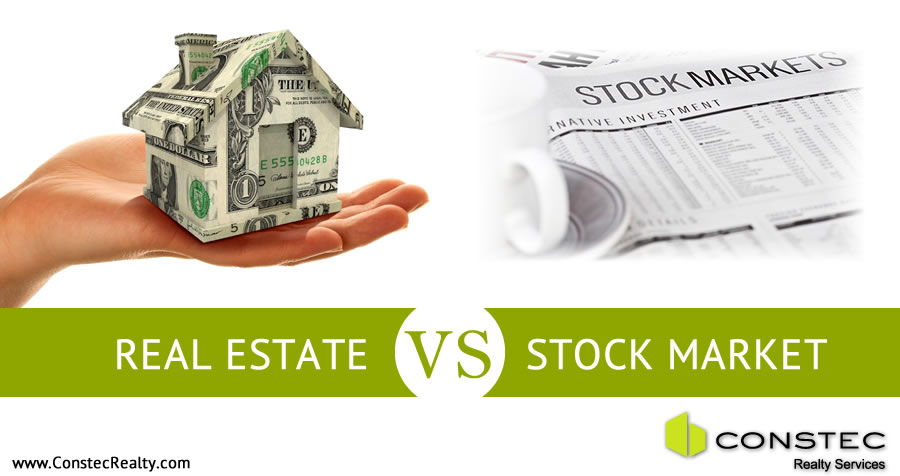 For those of you considering investments in the real estate market but wondering how this stacks up against the stock market, see this study below. The Tampa Bay market is second in the nation for returns.

Study: How does real estate compare to other investments?
LOS ANGELES – May 29, 2018 – Millions of Americans who own rental homes count on the income they receive from rent but may not know how they stack up as investments.

Single-family homes in large U.S. cities have generated returns of about 9 percent annually on average, according to the study, which examined results from 1986 to 2014.

That would make rental homes almost as potentially lucrative as stocks and considerably more so than bonds, deposit accounts and other conservative instruments. Single-family rental homes are worth an estimated $2.3 trillion.

That 9 percent historic return was higher than I would have thought but isn’t a huge surprise.

Yes, there are risks

But becoming a landlord isn’t without its risks – from deadbeat tenants and periodic market slumps to changing tax laws and natural disasters.

The researchers included both income/rents and capital gains to estimate overall or total returns for single-family rental homes. That’s similar to the way investment-research services routinely incorporate both dividends and share-price changes to calculate total returns in the stock market.

Still, it’s an approach that hadn’t been used much before on single-family rentals, researcher Andrea Eisfeldt of UCLA’s Anderson School of Management said. Andrew Demers of Structured Portfolio Management in Stamford, Conn., was the study’s other author.

“The crazy thing is that a lot of the previous studies talked about capital gains or yields or how expensive rents are but not (incorporating all those components as) total returns,” Eisfeldt said in an interview.

In the study, about half the overall returns came from rental income and half from property appreciation. In other words, part of the return, rental income, comes while you own the property and the rest, any capital appreciation, when you sell.

To derive net rental income or yields, the researchers subtracted many types of common landlord expenses including repairs/maintenance costs, insurance, property taxes and homeowner association fees while factoring in occasional vacancies and credit losses. Some of this information came from Census Bureau reports.

These ongoing expenses consumed about 40 percent of gross rental receipts on average. Expense results for individual properties could vary considerably from that.

That would leave an owner with $11,635 after expenses.

Of course, this assumes no mortgage interest, as some landlords buy for cash or convert properties from personal use. But if you must borrow, that would add a big expense, probably the largest.

Where are the most profitable areas to buy rental property?

This answer was surprising because you would think the best housing results would have come from expensive metro areas such as New York, Los Angeles and the San Francisco Bay Area.

Those areas did tend to produce the largest capital gains, but heartland cities tended to have larger returns from the rental/income component. That’s partly because net rental yields tend to drop, in percentage terms, as housing gets more expensive, according to the authors.

Of the 30 big metro areas studied, single-family rental homes in Miami topped the list with an average annual return over the 28-year study of 12 percent. Tampa, Houston and Pittsburgh tied for second place with a 10.2 percent annualized return.

San Francisco, Minneapolis and Nassau/Suffolk counties in New York were in the middle, with returns of 9.1 percent. New York City and Boston, two of the priciest markets, tied for last at 7.1 percent.

Eisfeldt said the 28-year study period was long enough to glean insights about rental-home returns, noting that it encompassed “two or three boom/bust periods,” including the housing crash from 2008 to 2011.

The researchers also found that returns tended to be higher in lower-priced neighborhoods within cities. Eisfeldt explained that in terms of “gentrification,” or the tendency of housing in moderately-priced areas (though not necessarily slums) to rise in value if nearby neighborhoods are doing well.

The study sheds light on rental homes as an investment category.

Given the long decline in the nation’s homeownership rate, from near 70 percent a dozen years ago to 64 percent today, more Americans find themselves renting. About one-third of renters lease single-family homes rather than apartments.

At the same time, institutional investors are paying more attention to this area, which continues to be dominated by mom-and-pop owners. In recent years, a few real estate investment trusts, or REITs, have gotten into single-family rentals.

REITs provide passive investors with a means of gaining exposure to many properties from around the nation at relatively little cost (compared to buying houses or condos directly) and without needing to get their hands dirty with daily management hassles.

REITs could be of interest to people who might own and occupy their home but who don’t have any real estate exposure beyond that one property. However, REITs do have management costs that eat into returns a bit.

As noted, those historic returns of 9 percent from single-family homes don’t quite measure up to the stock market’s long-term record. Yet the risks are generally lower, or at least different, from those involving stocks, bonds or other investments. Bonds historically have delivered total returns of around 5 percent.

Related Articles
Uncategorized Finishing Touches on Maximo Marina Excited to see the progress on the new marina at Maximo/Broadwaters. If you’re looking for a more affordable alternative to beach waterfront, this boating community would be great to check out! Good morning everyone! We have some updates on F Dock and The Getaway. The final supports for the roof over F Dock are… Posted […]
Uncategorized Outside Magazine- things to do in Florida I have done 3 of these but Beth and I and our new kayaks would love to the Everglades. https://www.outsideonline.com/2313581/ultimate-adventure-guide-florida

Thank you for your inquiry.